INVISIBLE: THE DILEMMA OF THE BLACK ARTIST IN AMERICA 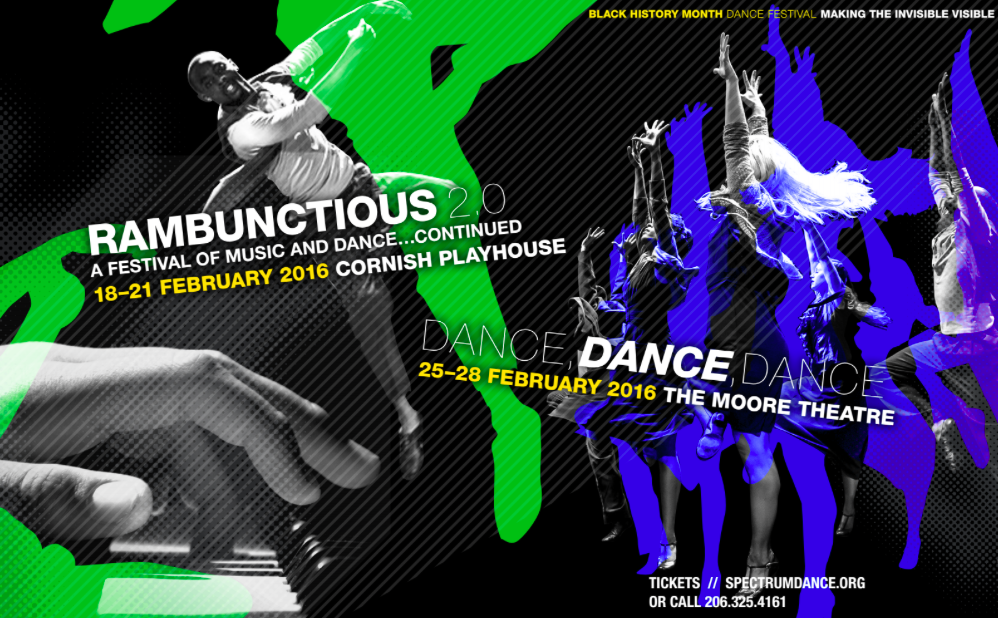 Spectrum Dance Theater’s  landmark season, #RACEish: An Exploration of America’s 240 Years of (failed) Race Relations, is entirely focused on issues of race and equity in America.

In conjunction with the season, Spectrum will present a series of panels and pre-show talks that create context and invite conversation around the specific issues raised by each production.

The first panel, INVISIBLE- THE DILEMMA OF THE BLACK ARTIST IN AMERICA, is part of the Dismantling Racism series is co-hosted by Rainier Valley Historical Society (RVHS), SouthEast Effective Development (SEED), South Seattle Emerald,  and held at the Rainier Arts Center.

It seeks to consider why the contributions of black artists to American arts and culture is often undervalued, unrecognized, and unrewarded (the current Oscar controversy underscores these points). This dynamic panel and dialogue will be moderated by Spectrum Dance Theater’s Artistic Director Donald Byrd with guest panelists made up of artists, scholars and cultural leaders.